RmlUi has a few ways of implementing dragging of elements, such as:

This tutorial shows how to use the third type, cloning, to implement dragging items between multiple inventory windows.

Compile the drag tutorial (at /Samples/tutorial/tutorial_drag/) and run the program; it should end up looking like this: 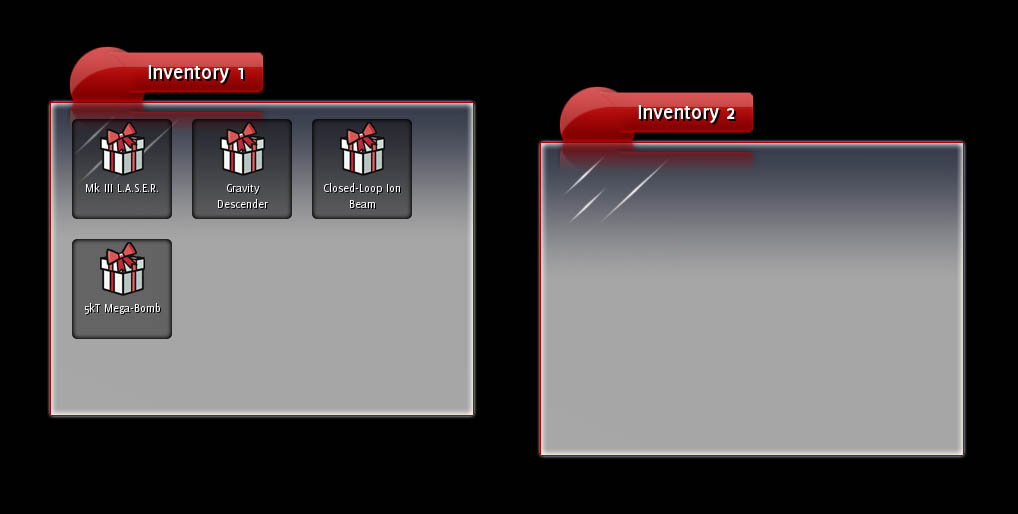 Take a look at the source code. As you can see, the application creates two Inventory objects, each of which loads a document from the inventory.rml file. The application then creates four inventory objects in one of the inventories; each of these objects is a RmlUi element with a tag of icon. At the bottom of the tutorial.rcss file you can see the properties applied to icon. It is sized to 100px x 100px with a margin to separate it from its neighbour icons and a decorator for its background image. It is floated left so icons will stack from left to right in the inventory windows.

If you try dragging the icons now, nothing much happens. In the tutorial’s, RCSS file add the line:

to the rule for icon elements. Now try dragging the icons again; success! A clone of the icons now follows the cursor when you drag them around. We’ll need to add code to listen to the end of the drag and respond accordingly, but before we get to that I’ll explain how the drag property works.

The drag property can take several different values depending on how you want RmlUi to inform you about dragging. The possible values are:

So both drag and drag-drop only send messages; they don’t actually drag any elements anywhere automatically. Very useful for complicated dragging operations or dragging multiple elements.

The clone value, however, takes care of almost everything if all you need to do is drag single elements.

Step 3: Listening to the events

Now that the items can be visibly dragged around, we need to actually change their parenting when they’re dropped. Create a class which inherits from Rml::EventListener and give it a static method for registering the containers. Override the ProcessEvent() function as well so we can process the dragdrop event.

The RegisterDraggableContainer() function simply needs to attach the listener object to the dragdrop event:

The DragListener object will now receive a call to ProcessEvent() whenever an item is dropped on the registered elements or any of their children.

The event we’ll be processing is the dragdrop event. This event is sent to the element that the dragged element was dropped onto. The dragged element itself can be queried from the event as the parameter drag_element.

We can now write a simple handler that will move dragged elements between the two containers:

The dragged element is simply removed from its old parent and attached to the container it was dropped onto.

Fire it up, start dragging and see what happens. 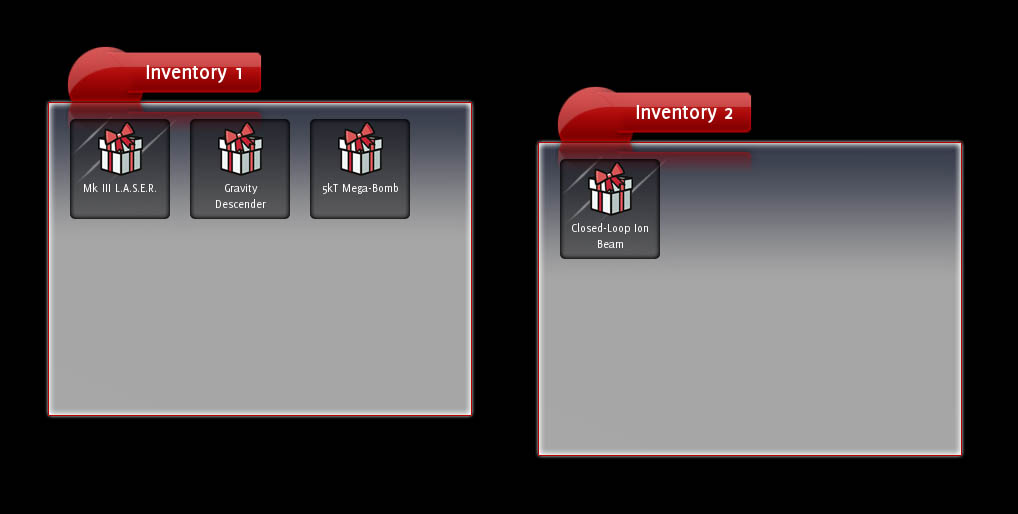 Currently, regardless of where you drag an item to it will end up as the last item in the window. It would be great if you could sort the items within a window by dragging them on top of each other. To do this, the ProcessEvent() function will need to determine both the container and the item within that container an element was dragged onto.

So we can find the destination item and container with the following:

If the dragged item is dropped directly onto a container, then the current and target elements will be the same. In this case, we want to keep the old processing:

Otherwise, we want to insert the item into its new container before the item it was dragged onto.

Run the app again and try it out. All good, except try dragging an item onto another item within the same window; in this case, it should be inserted after the element it is dragged onto, not before. So, just fix that up in the event handler and you’re done!

You can find the fully-completed source in the drag sample.